I guess the title of this gives away the fact I’m no longer in my early 20’s.  Most days I go back and forth between feeling like it’s been 5 minutes since I’ve been in my early 20’s and 50 years since I’ve been there. A lot of life has happened.  When I think about how different life is at 33 than at 23 I wonder how it’s even possible that this much life can happen in 10 short years.  I’ve grown a lot, I’ve learned a lot, I’ve made many mistakes.  I don’t know that I can say I regret anything. As cliche as it sounds, it’s made me who I am.  But there are a few things I would definitely say were mistakes in the money department.  Even if someone would have warned me then, my stubborn self would have probably still done it my way.  So I blame no one but myself.  But just in case someone may be reading this who is more open to feedback than I was from someone who’s been there, here are just a handful of things I would consider to be money mistakes I made early in my adult life.

I have a confession to make.  I have an addictive personality.  I will blame that on my mom 🙂 And I got addicted to Starbucks from the time I was able to drive.  From the day I got my drivers license at 16 until I graduated from college I literally got a Starbucks Caramel Frappuccino and a scone or coffee cake EVERY.SINGLE.DAY.  Ok maybe there was a day here or there that I missed but I would bet that I probably dropped a minimum of $5 at Starbucks about 350 days a year for 6 years.  If my math is correct that is over $10,000 I handed Starbucks in that 6 year period alone.  Thinking about throwing away over 10K on coffee makes me sicker than the thought of how many calories that is…… but seriously looking back I would much rather have had an extra $10,000 sitting in a bank accumulating interest then some empty calories and a quick jolt of caffeine.  But it’s easy to trade what you want most for what you want right now.  What I really want most is to travel the world but right now?  Right now that sugary drink sounds like a good choice. Thankfully I can say I am a recovered Starbucks addict.  Coffee at home tastes much better when it saves you $10K I promise!

You can spend money way faster than you can make it

Let’s stick with the empty calories example.  Sunday we grabbed a bite to eat with the kids after church and then we took my sister out to dinner for her birthday and let’s just say none of it was Paleo or Whole 30 approved.  In a matter of minutes I consumed more calories than I care to calculate.  The next morning I knew I needed to get back on track so I went for a run around my neighborhood and after about 25 mins my fitness tracker told me I had burned about 260 calories.  That will slap you back into reality real quick.  It took me about 25 mins to consume about 1000 calories and in the same amount of time I could only burn about a quarter of that.  It got me thinking about money.  Online shopping is a great example of this.  In 5 mins I can spend what would take me hours, even days to earn.

At my first job in high school I started at $6.75 an hour.  So imagine my surprise that when I got off of my first 4 hour shift and grabbed a sandwich, chips and a drink at the subway down the street and realized I basically just worked 4 hours and had about $7 to show for it after paying for dinner and taxes.  Which is fine when you have no bills to pay but when you have financial responsibilities those habits can wreck you financially.  And yet I continued to do this in my early twenties and spent money a lot faster than I could make it so it snowballed.  Someone recently asked on social media what isn’t being taught enough in school and can you guess what the overwhelming majority wrote?  You guessed it!  Money Management.

If I ever write a book I’m pretty sure this is going to be the title.  When I stood at the altar 9 years ago reciting my heartfelt vows I could have never in a million years imagined everything we would be going through over the next 9 years.  There are just things you can’t possibly plan for.  But life’s uncertainties are a lot heavier when you add the stress of financial instability on top of it.  I’ve heard before that you’re either just getting out of a crisis, in the middle of a crisis, or getting ready to go into a crisis and I’ve found that to be true.  And a crisis can be something as small as car trouble or as big as losing a loved one.  Sticking with your plan for your money when times are good will lessen the burden when you’re entering a crisis.

Comparison is the thief of joy

Friends don’t let friends compare themselves to anyone.  I love seeing pictures of friend’s adorable kids on Instagram, getting a quick recipe on Pinterest, and keeping up with what everyone’s up to on Facebook but with all that can bring the comparison game. Have you ever seen someone post a picture of a room in their house, or a vacation they’re on and all of a sudden you want to do that when 3 seconds ago it wasn’t even on your radar?  Me too!  Guilty!  So if I need to slap myself back into reality I remind myself of the vision we have for our family and if this new thing I want to do aligns with it, great, make a plan for it!  If not, then I focus on what I can do that aligns with our family vision instead.

True story, a girl I went to High School with moved to Hawaii and takes the most amazing pictures underwater snorkeling.  Like selfies with sea turtles kind of thing.  I was scrolling on Facebook one day, saw one of her pictures and I said to myself “that would be so cool, I wish I could do that!”  Only to come to the realization 7 seconds later that I don’t like going into the ocean because I’m scared of creepy fish, seaweed or something worse brushing against my leg, I hate wearing a bathing suit, I hate snorkeling, and I would never move to Hawaii because I’d be too far from the people I love most.  So…. safe to say that didn’t align with my vision. Comparison friends, don’t do it!

So you won’t find me moving to Hawaii to pursue snorkeling, but you will find me plugging away at the things that matter most to me in this world.  So if I could give my 20 year old self any piece of advice it would be to decide what you’re most passionate about, fight like heck to make it happen, and be ready for the twists and turns that life takes.

What else would you add to the money mistakes list?  I’m sure there’s many more we’ve all been guilty of.  And just in case you wanted to see a visual example of how much life changes in 10+ years, here’s some evidence.  Red solo cup days! 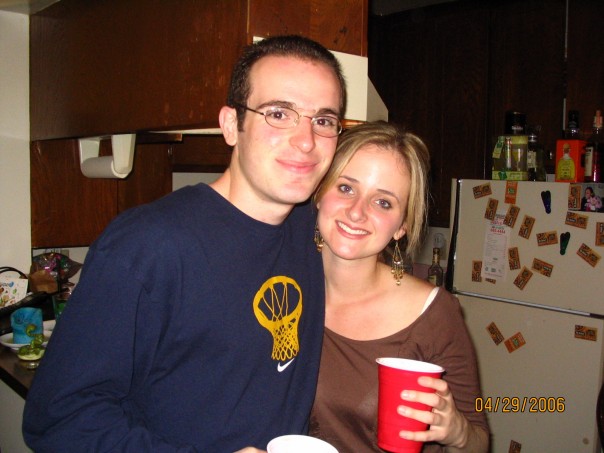 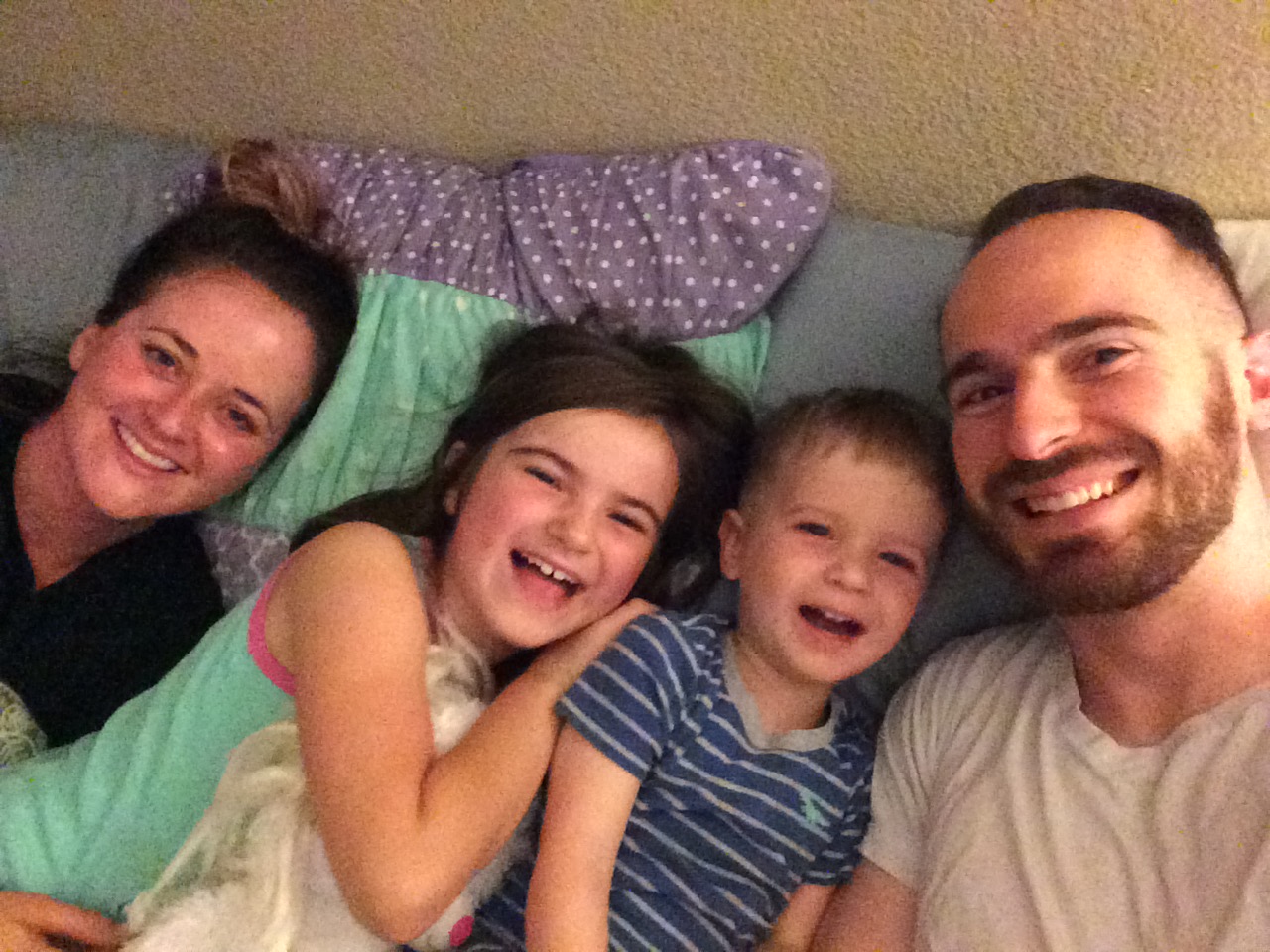 By KristaOctober 10, 2017Money Matters2 Comments on Money mistakes I made in my early 20’s