Confessions of a (former) spendaholic 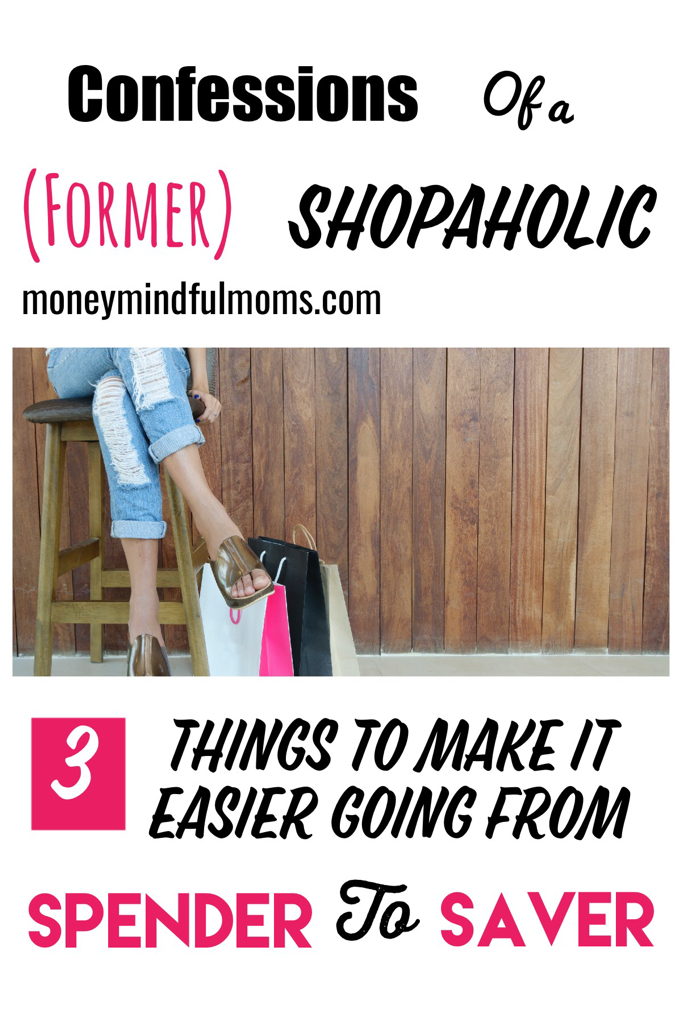 Have you ever felt a rush after buying something?  When you think about it, you’re literally removing money from your account and handing it to someone else, so, if anything, they should be the ones getting the rush, not you, right?

I used to be that girl.  I probably would still be that girl if I wasn’t forced by financial circumstances to change my habits. I’m sure if I sat down with a psychiatrist they would uncover some deep seated childhood issues that caused me to be a 20 year old shopaholic but alas, it’s my deal.  I own it.  Actually I own a lot because of it.  Lots of t-shirts with catchy sayings from Urban Outfitters that don’t fit me anymore.  More Justin Timberlake posters than I care to admit.  More Starbucks drinks that I sure paid a lot for but have nothing to show for.

The one downside to being an eternal optimist is that sometimes you need a little reality mixed in there too.  I just always figured everything would turn out fine.  It did all turn out fine but in order for it to turn out fine I had to make changes.  If I didn’t, I envisioned being 74 on an episode of hoarders with nothing to show for myself other than boxes of junk and lots of cats.

I’m always amazed at how quickly people forget what it was like to be broke.  They’ll say things like “I could NEVER stick to a budget!  It seems too restricting!”  Really Marie?  I remember when you borrowed my shampoo bottle in college to be able to wash your hair until your next payday so don’t tell me you can’t shop sales and cut back a little.

But really, I get it.  I’ve been staring at the dirt in my backyard, the bare wall in my living room that desperately needs pictures hung, the carpet that needs replacing and all I want to do is rush out and spend the money.  But the reality is it’s not in our budget and that stings.  So here are a few things I’ve done to lighten the load and make it more bearable to go from a spender to a saver.  It’s easier than you think.

Target could probably win an award for “place that tries the hardest to take my money.”  Like seriously Target, stop being so thirsty.  I would get daily emails and notifications on their app.  Most of the time I could avoid looking, but on the off chance I opened it I didn’t want to be tempted so I unsubscribed and removed all notifications.  The only reason I still have the app is because when I do shop there I want to use their cartwheel deals.  I took the amazon app off my phone (the crowd gasps in horror), and the etsy app too.  The last thing I need is to start browsing out of boredom and decide our house needs an overhaul so that Better Homes and Gardens Magazine comes knocking. The temptation is real my friends.  So why risk it?  Get rid of all the temptation.

Love your life, not theirs

Dave Ramsey’s daughter even wrote a book about this so you know it must be kind of important. Comparison is the thief of joy.  You are judging your life based on someone else’s highlight real.  Be so busy working on your grass that you don’t notice if someone else’s is greener.  How many other cliches can I put in this section to bring this point home?  But seriously if you can’t get this it’s going to make it miserable for you and none of us want that right?  And I would bet that if this is a bad habit you struggle with than you would have the same feelings even if you were the wealthiest person in the world because you’re always looking at what others have and do instead of being content. So be like Elsa and let it go.

Who cares what anyone thinks?

There are many things I know that I can work on in myself but, thankfully, I’ve mastered the art of not giving a blankety blank about what anyone thinks.  Considering how insecure I was as a teenager I somehow made it out of this phase and into someone who is secure enough brush off the snide looks and comments from those who don’t get it.  Even with my level of confidence in who I am and the choices I make, it can still be uncomfortable at times.  Everyone else is signing their kids up for traveling soccer and you have to settle for kicking a ball around in your backyard on Saturday mornings because you can’t afford it?  It sucks! Even if it’s all in your head it’s still rough to feel judging eyes.  Family that doesn’t get why you can’t go on vacation with them this year?  Or why you can’t move to a better neighborhood with better schools?  Believe me I have mastered the fake smile while inside you’re considering whether you actually have to ever talk to this person again.

At the end of the day if I’m making choices that are a reflection of my priorities then I’m at peace so everyone and everything else can take a back seat.  I’m ok with that.

What else have you done when you’ve made the decision to turn the ship around?  What are your strengths in this area?  Anything to make it easier for all of us!  Day by day friends.  We’ve got this!