A Beginner’s Guide to Grocery Shopping on a Budget 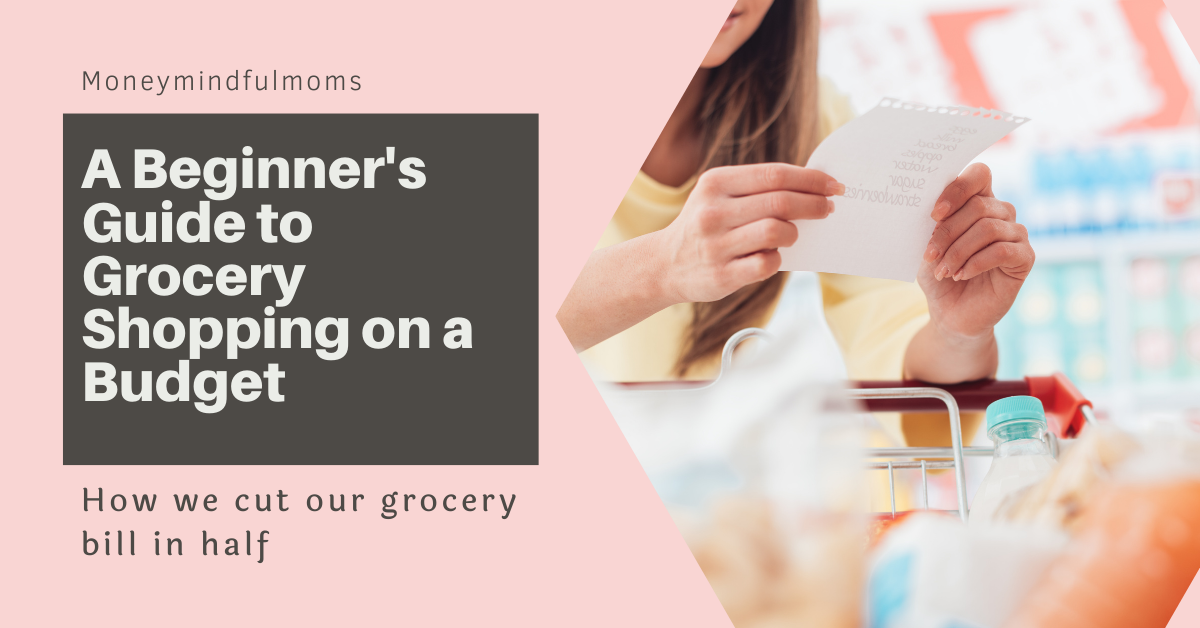 How we cut our grocery bill in half

I remember looking at our upcoming bills and not being sure how we were going to pay everything. If you’re reading this, you’ve probably been there. The money seemed to be going out way faster than it was coming in and something had to give.

The easiest solution I saw was to spend less on food. We weren’t spending frivolously on vacations or fancy clothes but the one area that I could look at and see where we could cut was our food budget. Again, we weren’t out making it rain at our favorite restaurants every month but we certainly weren’t conscious of what was going in our shopping carts and where we shopped. Add in the occasional fast food trip or coffee run and all of that added up to way more than it should for people who weren’t sure how they were going to cover their bills that month.

So I went from clueless in the grocery store to a master at keeping costs low while still feeding my family healthy and tasty meals and, in case you’re just getting started on the frugal living train, I wanted to pass along the things we did that made the biggest difference in our grocery budget.

We decided on a non-negotiable food budget each month

In the beginning we did a cash envelope and that really helped because if we didn’t have enough in the envelope we had to really evaluate what we actually needed. Now we use a card but we still stick to a monthly food budget and track our spending with the mint app.

We changed up where we shopped

We live in a small town and the only store here is really convenient but also typically significantly more expensive than other stores so even though it’s not convenient we will plan grocery shopping trips around other errands we need to run in the same areas as our favorite, lower cost grocery stores. One of our favorites is Grocery Outlet because we can really make our budget stretch there.

I was a Targetaholic before and, while they do have some good prices on some of their grocery items, other items are more expensive than some of my go to stores. Not to mention I’d also end up wandering around the dollar spot and making my way to the seasonal section and walking away spending way more than was necessary. Stores that you can quickly get in and get out of with minimal temptations became our new normal.

I know this sounds crazy, but before our frugal life, I couldn’t have even told you how much a gallon of milk or a dozen eggs cost. I never paid attention to prices before I just put stuff in the cart.

So when we started living off of our budget, I brought a small notebook with me to the grocery store and had different columns for the few different stores we’d go to and I’d write down the prices of different items at each store so I could start seeing what the average prices were for items and also recognize what a good deal was. I still to this day know to get our eggs and milk from Trader Joe’s and our cereal and snacks from Grocery Outlet thanks to that list.

I also have my phone out and everything that goes in the cart gets added to the calculator so I don’t have any surprises at check out.

The fewer times you’re in the store during a month the less likely you are to over spend. I mean, when was the last time you went to the store for a loaf of bread and walked out with just the bread? It doesn’t happen very often right? So we tried to get at least a week’s worth of groceries if not 2 weeks so we could stay out of the stores as much as possible to avoid being tempted to overspend.

I don’t meal plan in a traditional sense. I go to the store knowing the categories we need and then shop what the best deals are. For instance if you saw my grocery list it would look something like this:

When I get to the store I would walk around and see what the best deals were to fill those categories.

…you get the idea.

Prior to our budgeting life I would pin a bunch of different recipes and then shop for those things instead of what was on sale and I’d be buying a ton of unnecessary ingredients which would add up. I learned quickly that it wasn’t going to work for me to cut my grocery budget down if I kept doing it that way so I learned to make simple meals. I’m not the most amazing cook but I can make some good, simple, healthy-ish food that my family will actually eat and it’s on budget. Culinary excellence will have to wait for another season of my life.

Cheers to getting more for less! You’ve got this!